Y’all (I say y’all now, btw) I am t e r r i b l e at updating this. I. Am. So. Sorry. My Instagram stays current, but for some reason it’s been difficult to sit down and donate a chunk of time to updating my actual blog. I’m going to do my best to keep it updated from now on, but we’ll see.

So! Here’s what happened between mile 100 and 200. *BRB while I endlessly scroll back to the beginning of my photos..*

Franklin, NC! Mile 110, NOBO. We stopped at a restaurant in town and the only thing I could eat was two forms of fried potatoes. Don’t get me wrong, I love me some potatoes (boil em, mash em, stick em in a stew) but options would be nice. 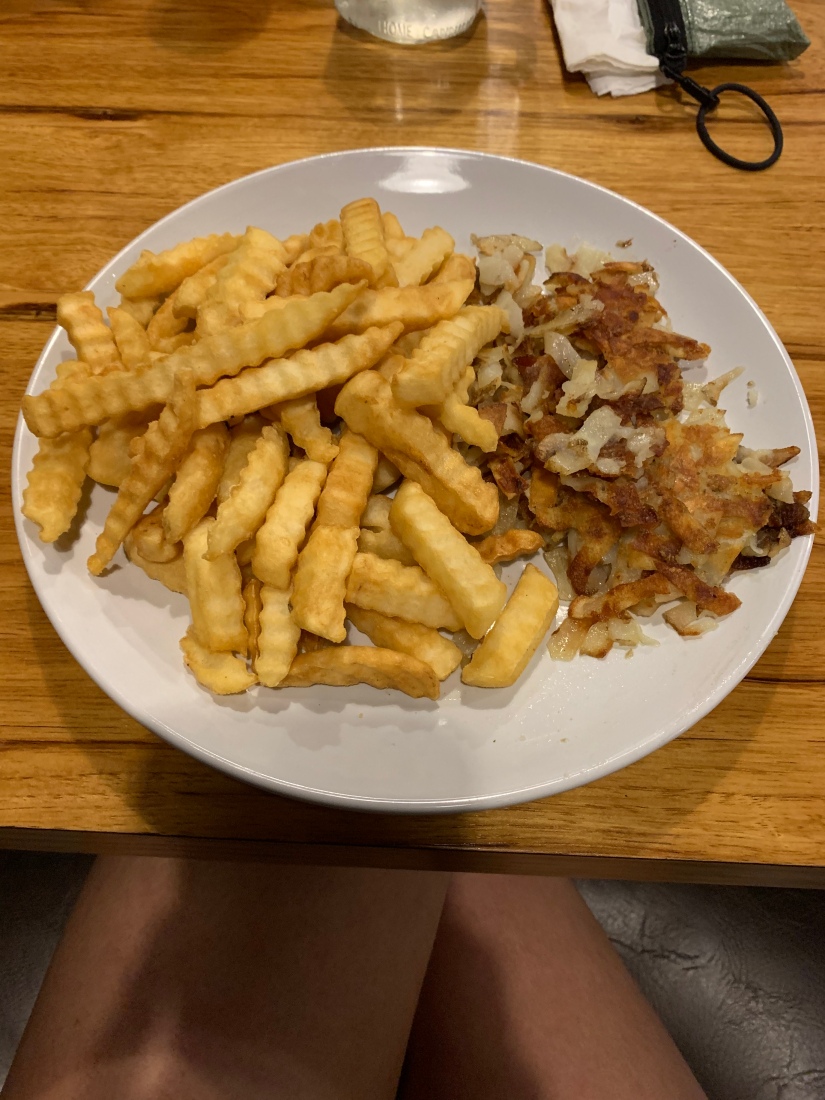 We also stopped by Outdoor 76, I talked to Rob the foot expert, and we all got a drink from the bar in the back of the store. Queue a, “5 thru-hikers walk into a bar..” joke. 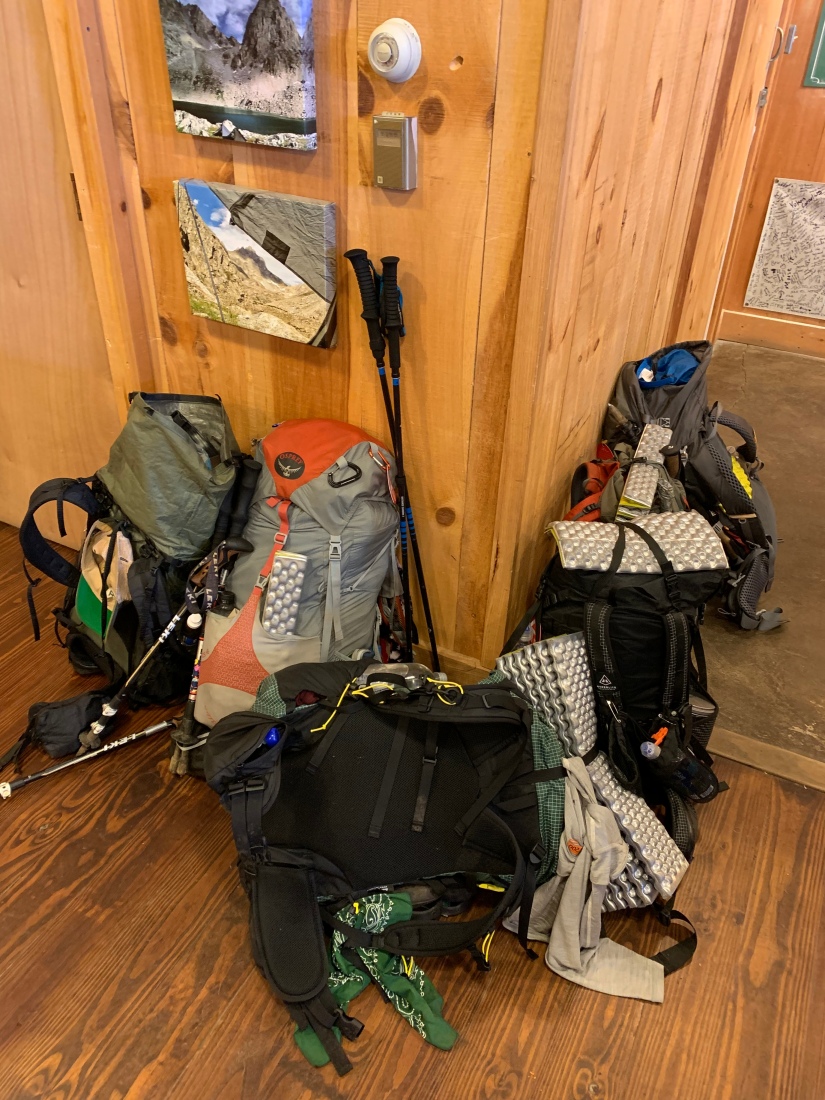 I elected to get a 6.9% hard cherry cider, which was so good I had to get another after finishing the first. It only took two before I was feeling pretty tipsy.. 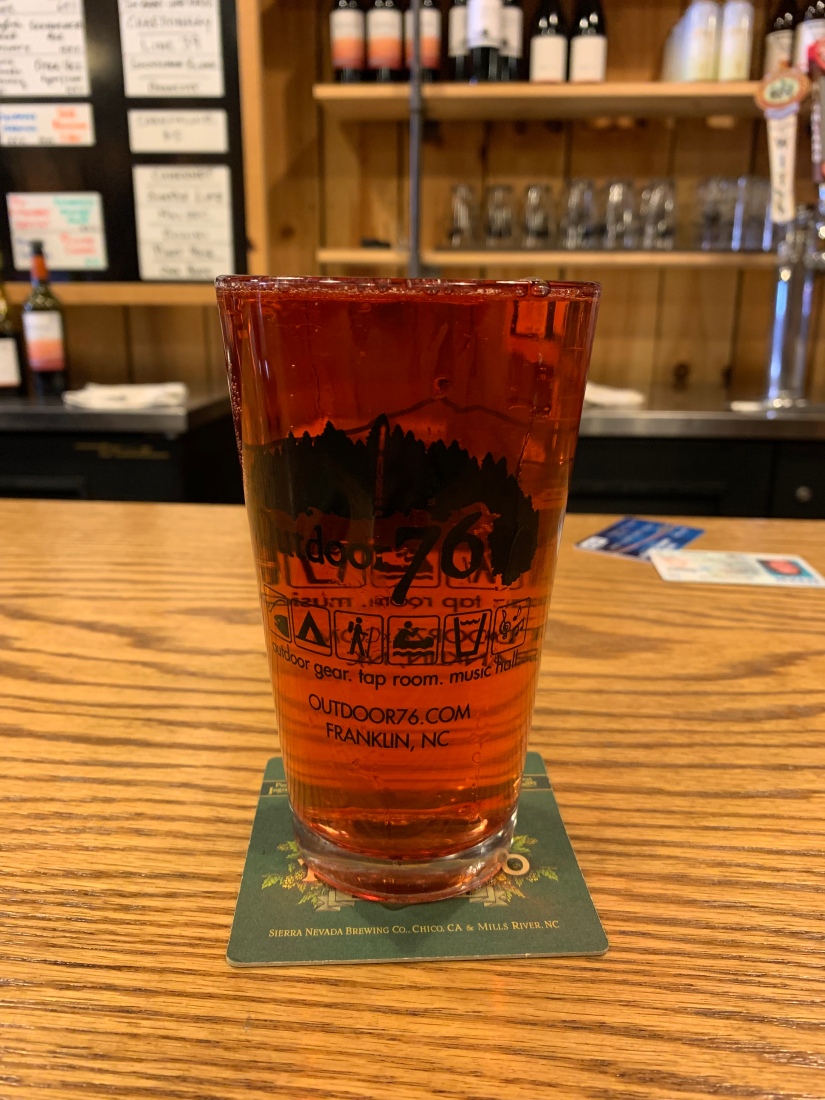 I stopped by the free pancake breakfast that the local church runs, but they didn’t have anything I could eat. I thought ahead and brought my own almond milk so at least I could have some coffee. They have a tradition of taking instant photos of every hiker and offering to send it wherever you’d like. Here’s mine: 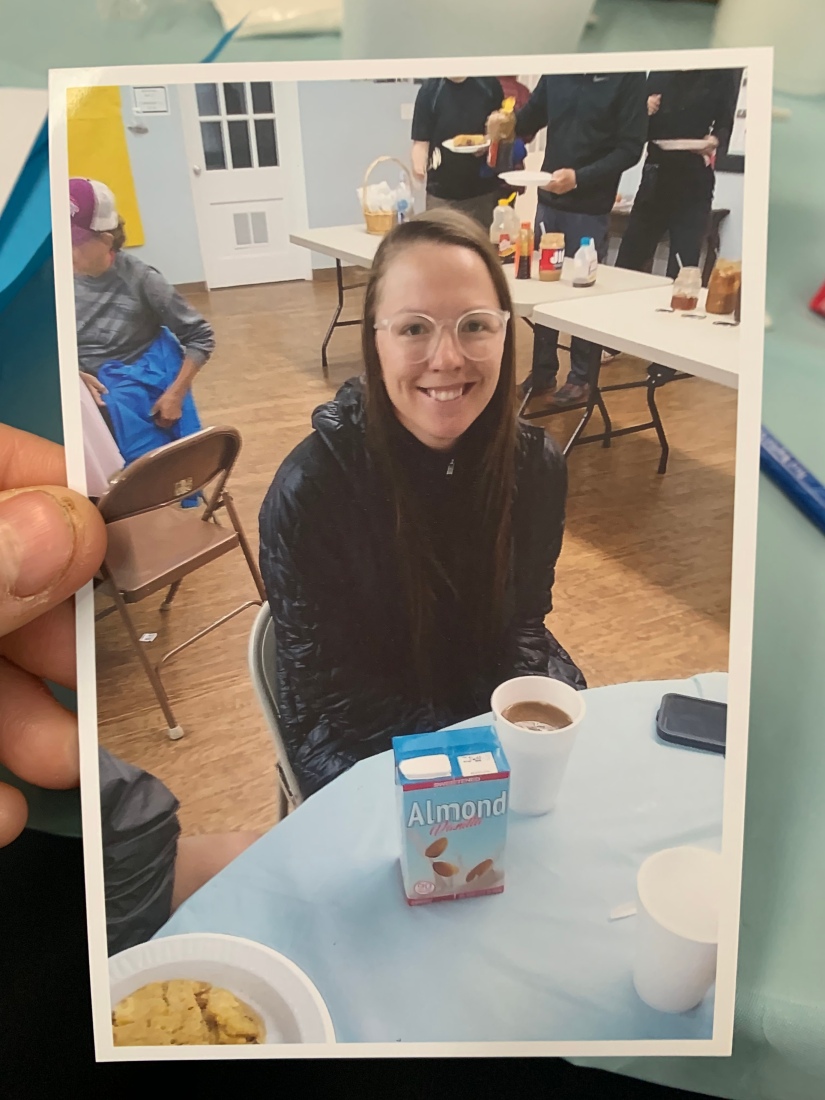 Back on the trail! At this point my arches were really hurting, and heeding Rob’s advice, I decided to lower my daily miles. This also meant saying goodbye to my original tramily, which wasn’t easy. (Confession: I may or may not have cried.. more than once..) 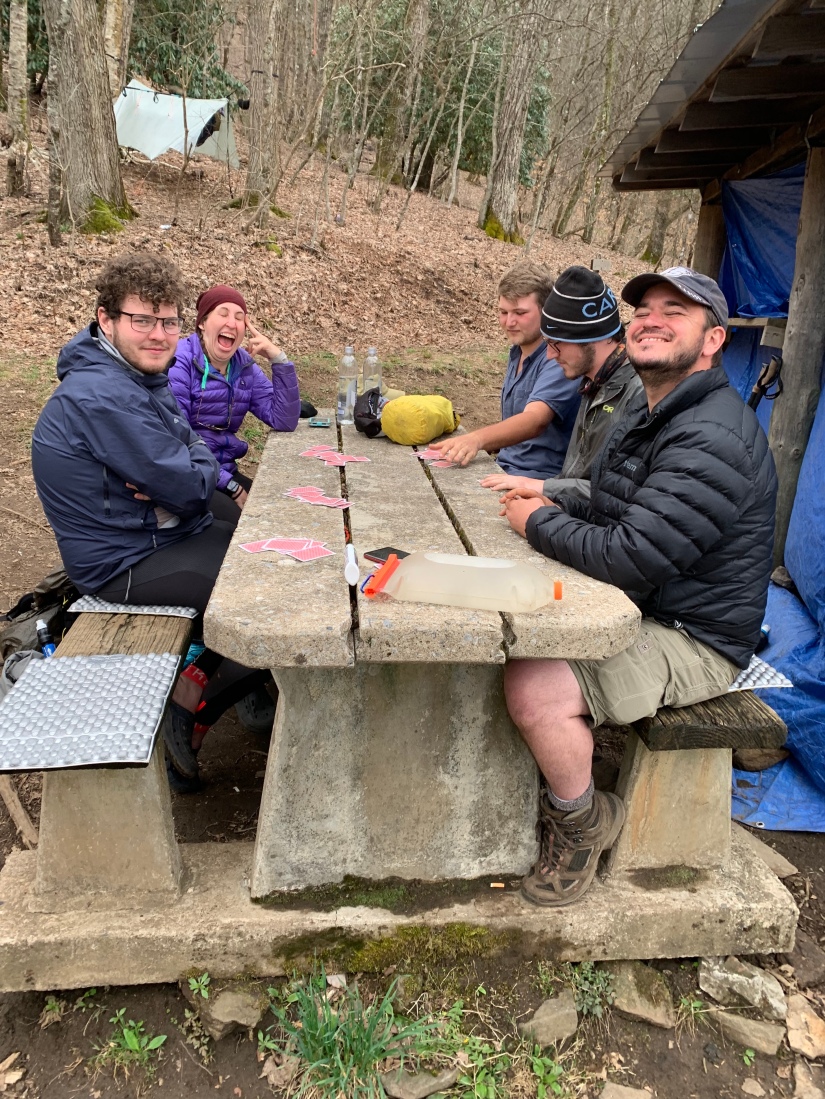 During my time hiking solo, I accidentally crashed a wedding. 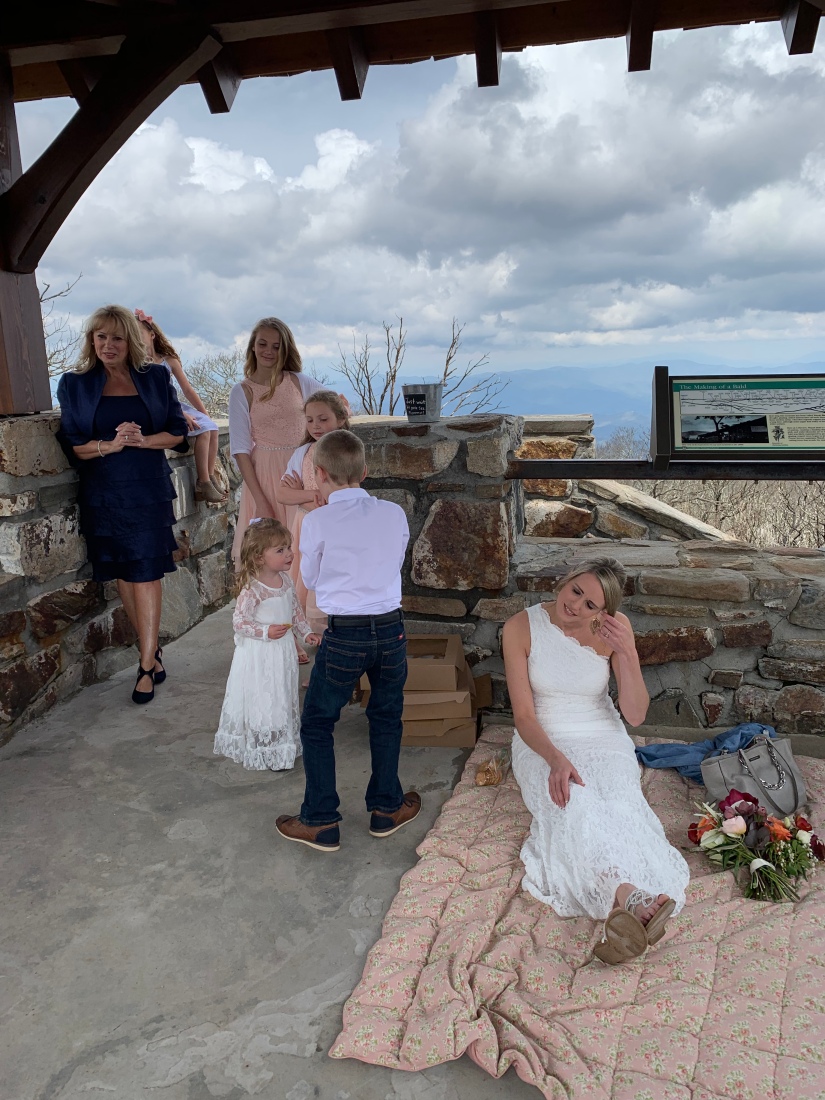 I was forced to zero at a shelter due to weather. 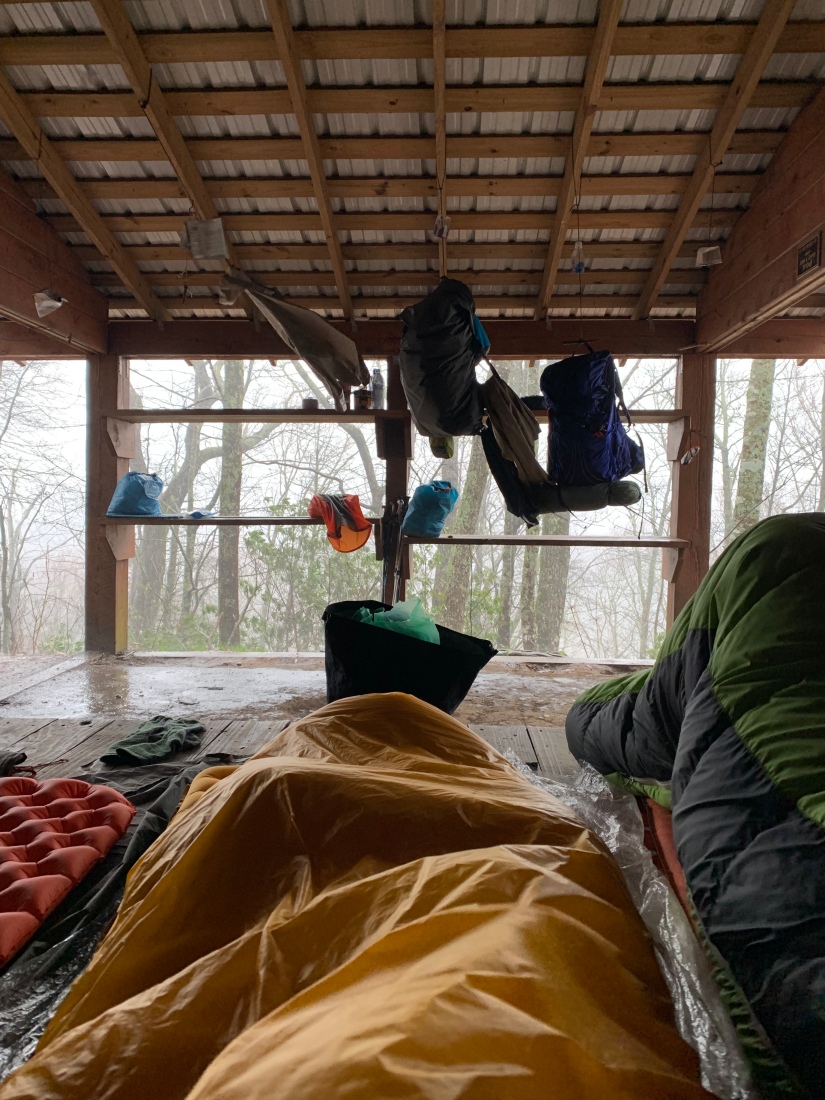 I got to see a rainbow! 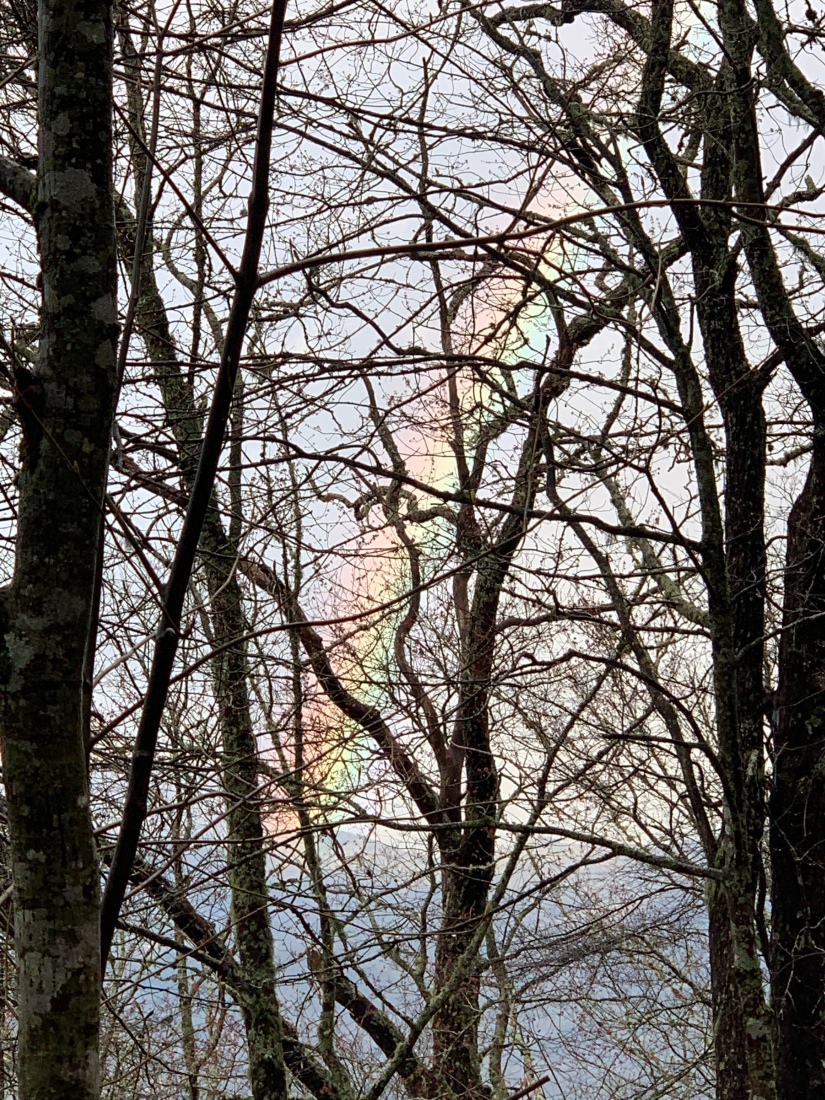 And I got to walk through a magical frozen wonderland even though it meant surviving a freezing cold night the evening prior. 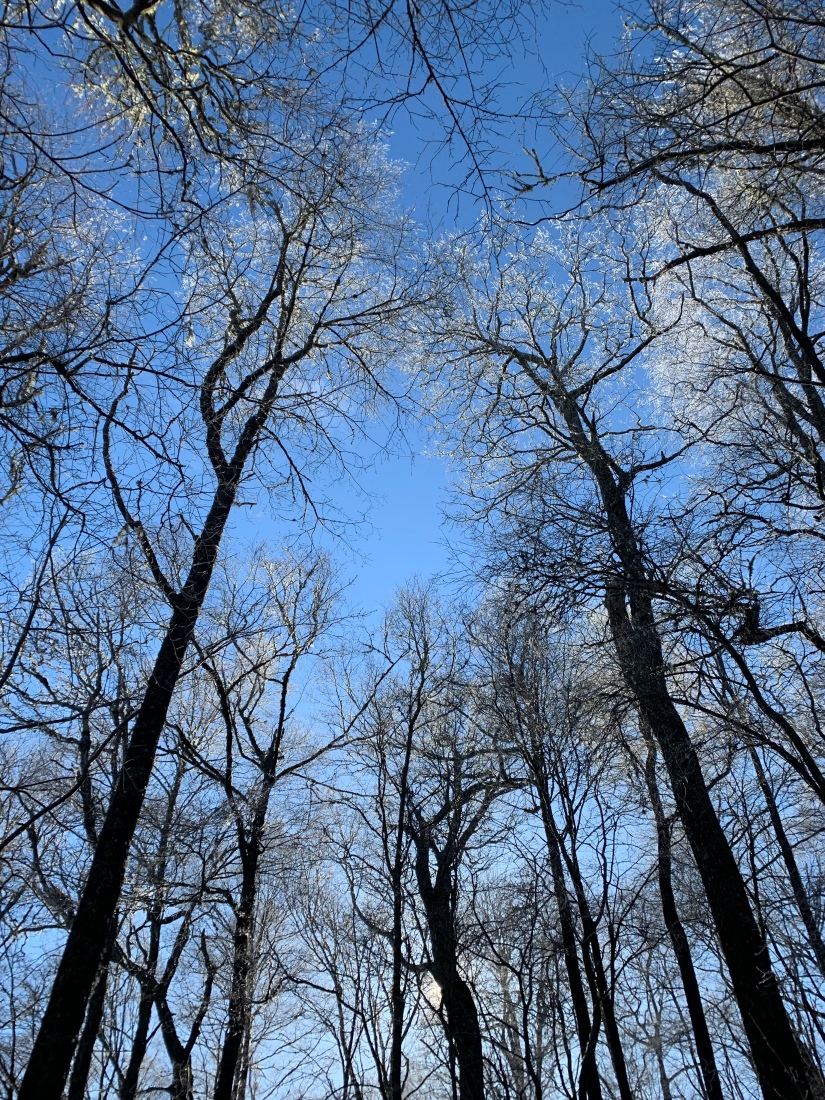 Coming down into the NOC (Nantahala Outdoor Center) I FINALLY got to see some green, instead of the sea of brown I had been walking through the entire way so far. It was so nice it gave me reason to pull out my GoPro and use it for the first time since I started. I also passed by some cool plant life as well. 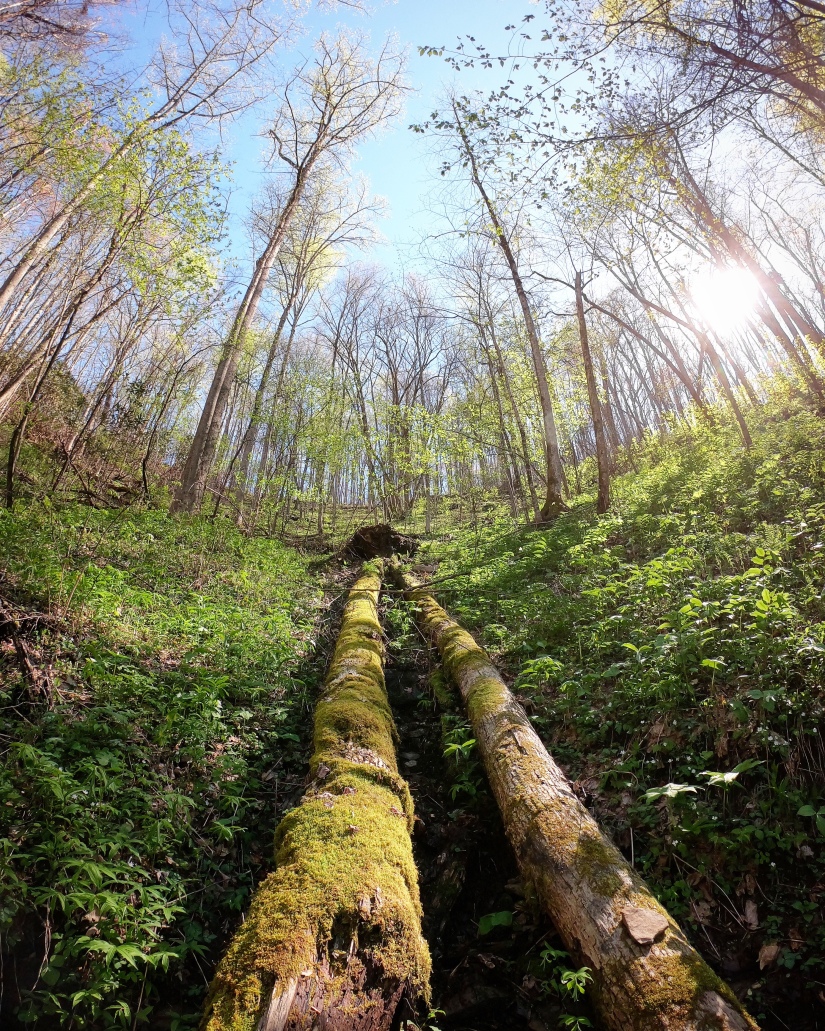 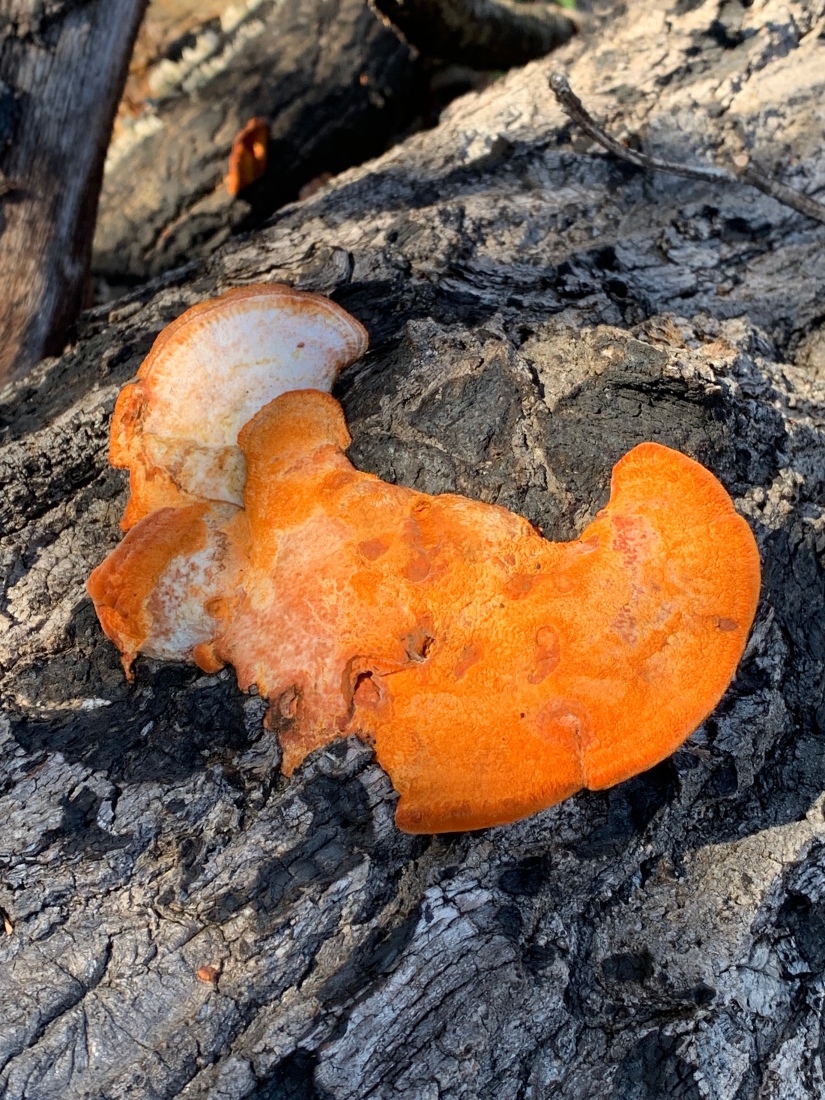 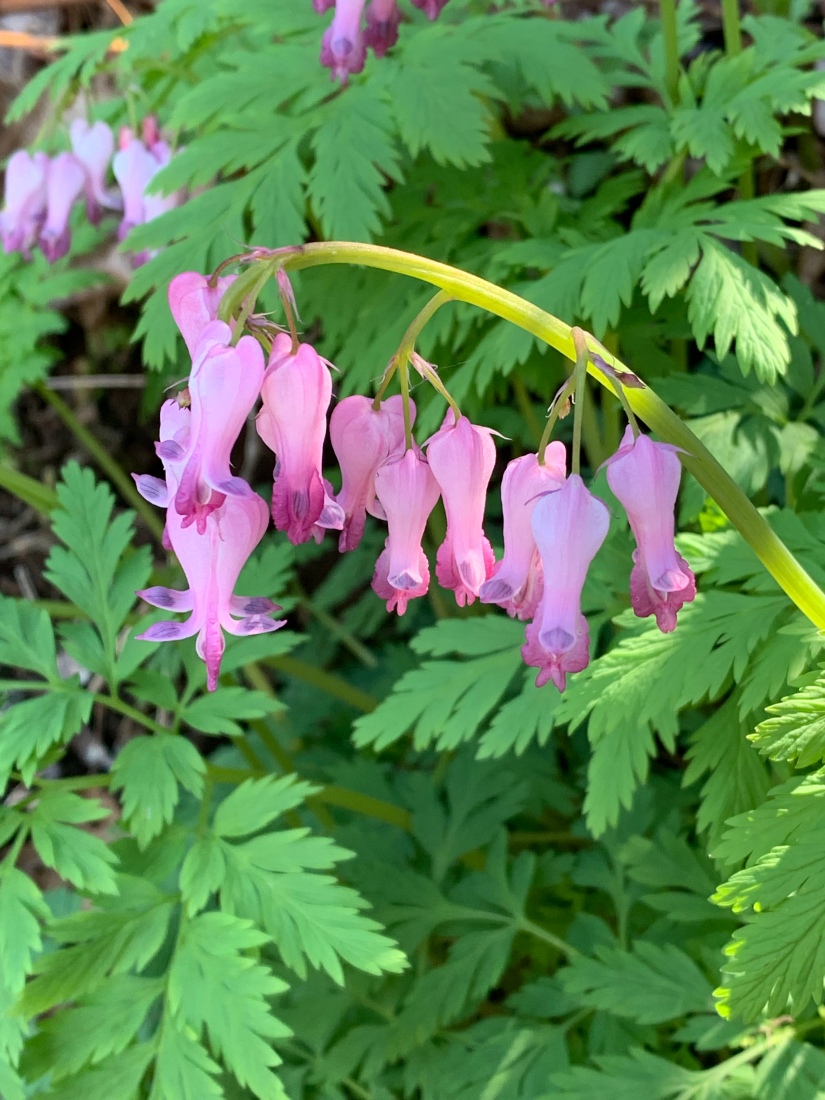 I ended up staying in Bryson City, a town about 15 minutes from the NOC. I didn’t realize when I booked my hostel stay that it wasn’t right on trail, so it forced me to hitch into town. I had never hitched before, especially solo. While I do admit I was slightly nervous, everything turned out just fine. It took me about 20 minutes to get a hitch, but once I did, the nice gentleman who picked me up drove me right to my hostel with no problems.

If you’re looking to stay at a hostel in or around Bryson City, I’d definitely recommend Smoky Mountain Hostel. The bed sheets were fresh and the washing machine actually cleaned my clothes, and neither cost extra. They had a “hiker box” of leftover food, and I ended up making this curry and vegetable quinoa dish which tasted pretty dang good considering what I had to work with. One of the things I’m finding I really like about being on the trail is getting to be creative with limited ingredients. 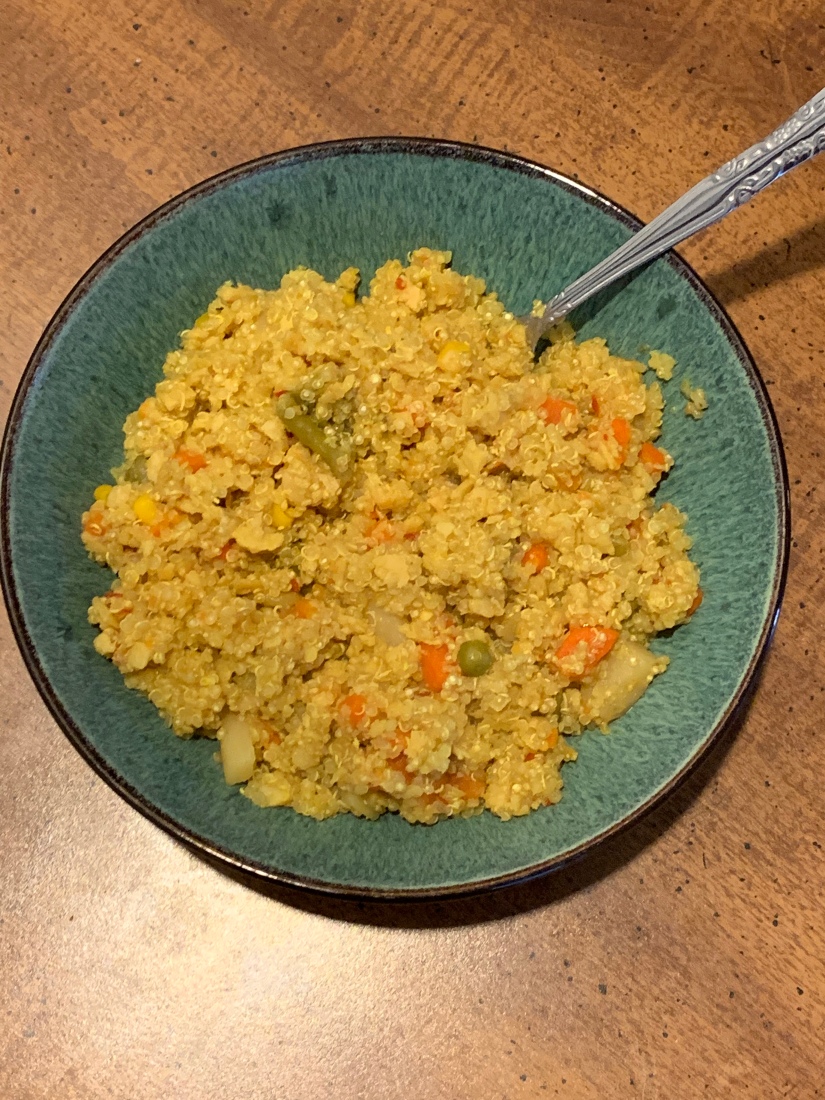 Next up was Fontana, which was bittersweet for me. I was dealing with some foot problems and decided to play it safe by taking a few zeros (days in which zero miles are hiked) at the Fontana Hilton. Do not be fooled, this is no hotel, but by AT shelter standards it may as well be. Bathrooms with plumbing, toilet paper (not always included in restrooms out here), AND showers were walking distance from the shelter. The shelter was large with room for about 2 dozen hikers, and was a great place to hang out and meet lots of new people. 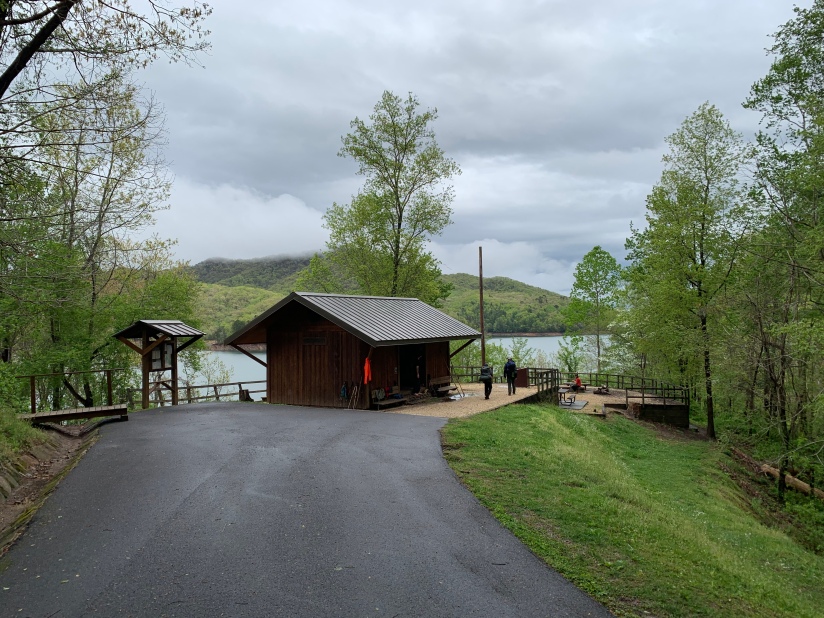 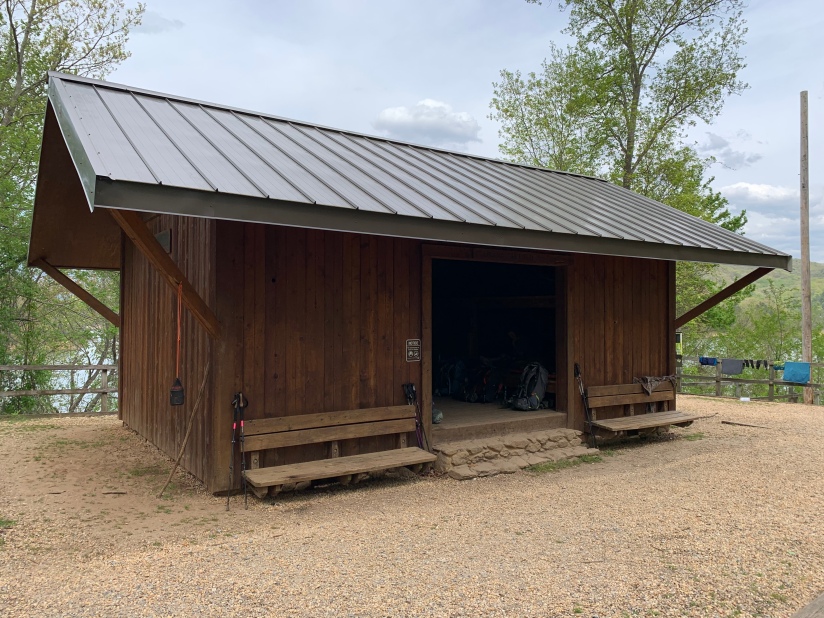 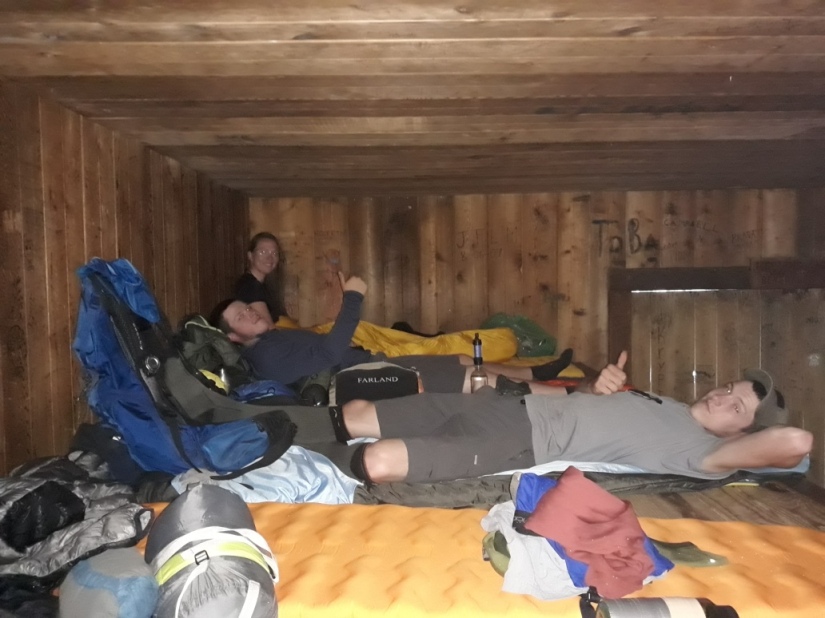 After a few days rest I finally got back on trail and set out into the Smokies. I was fortunate enough to have impeccable weather, even though a few days earlier my friends had to deal with a snow storm. I was luckier. 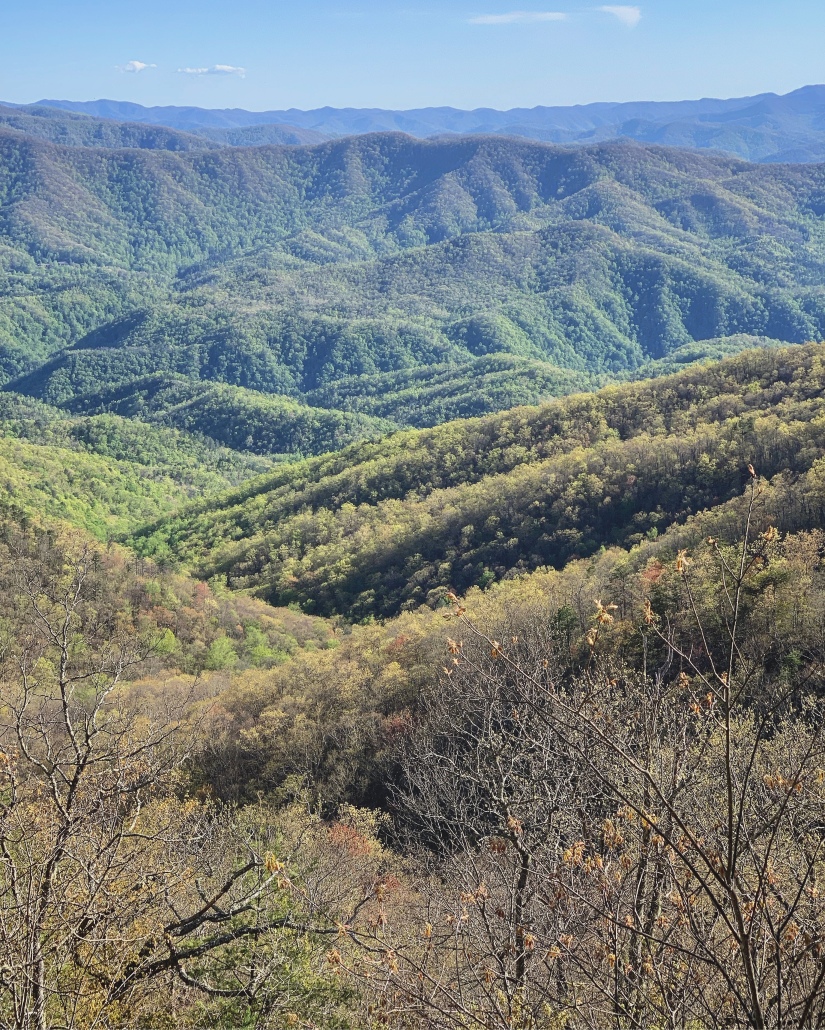 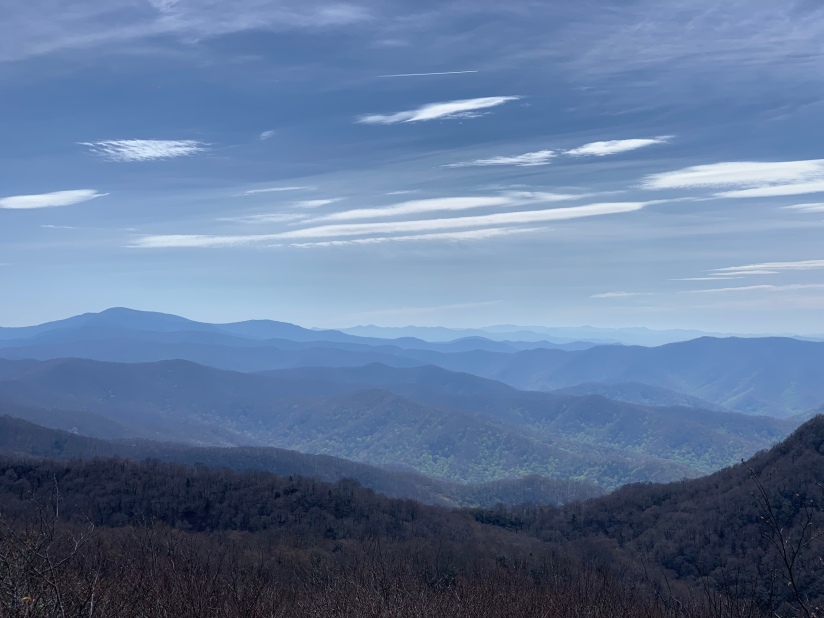 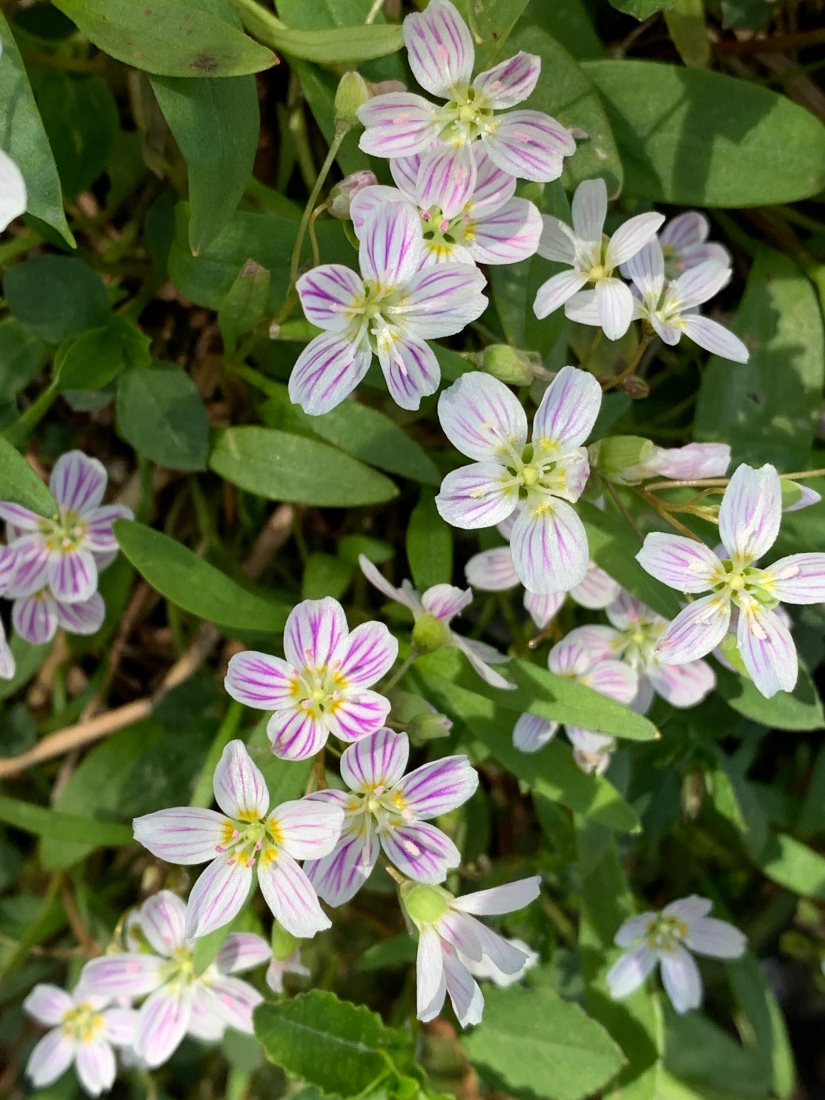 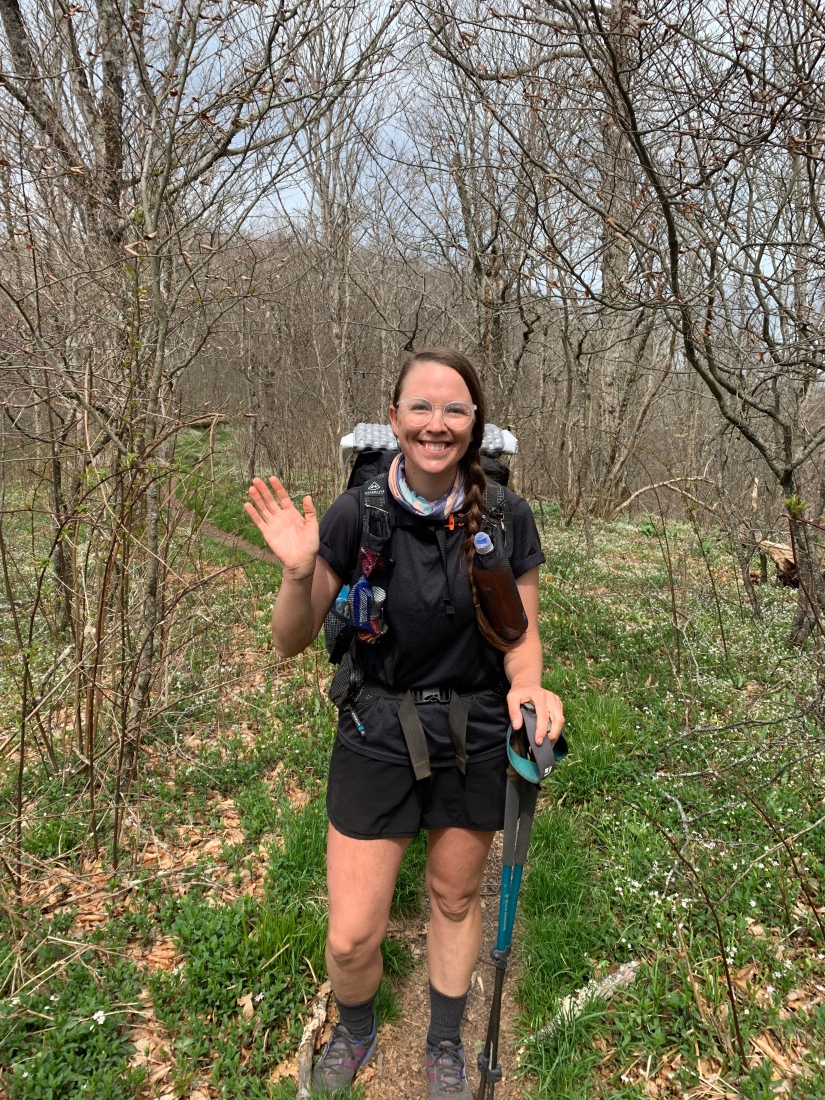 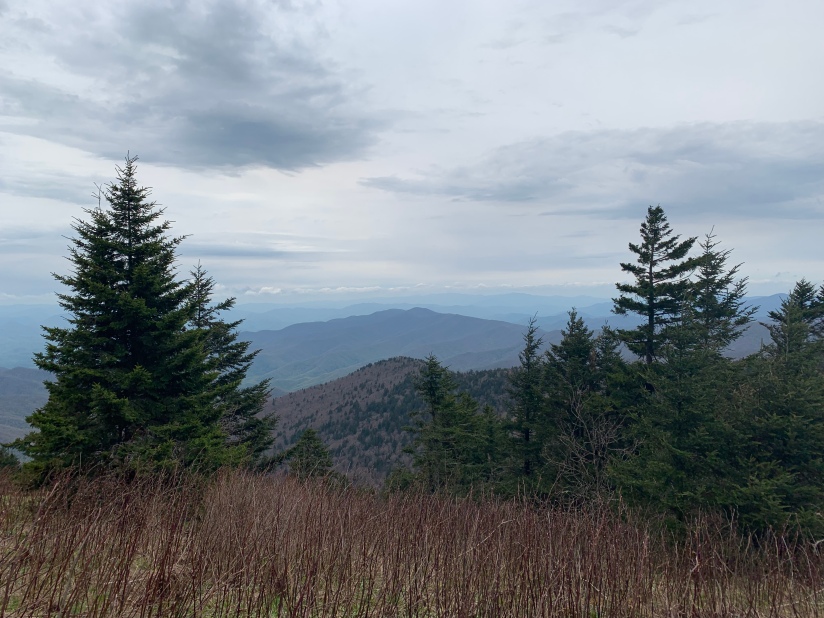 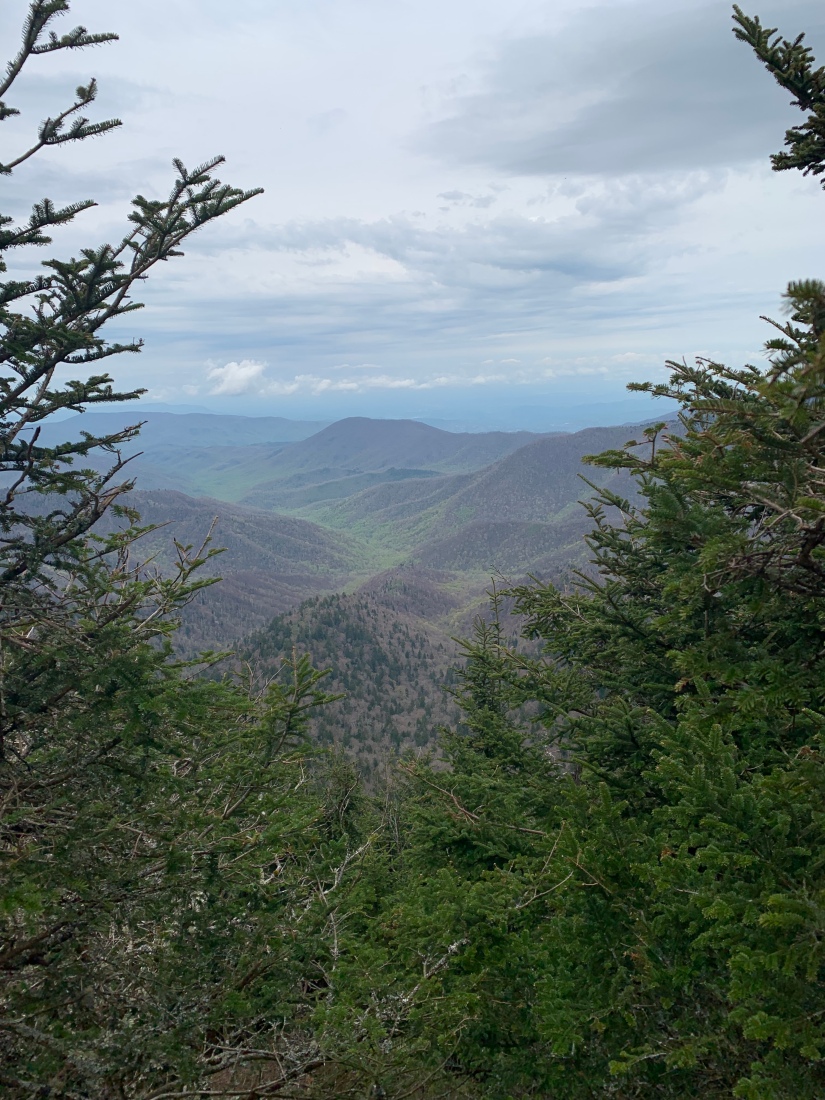 Mile 200 lands at Clingman’s Dome, the highest point on the AT. 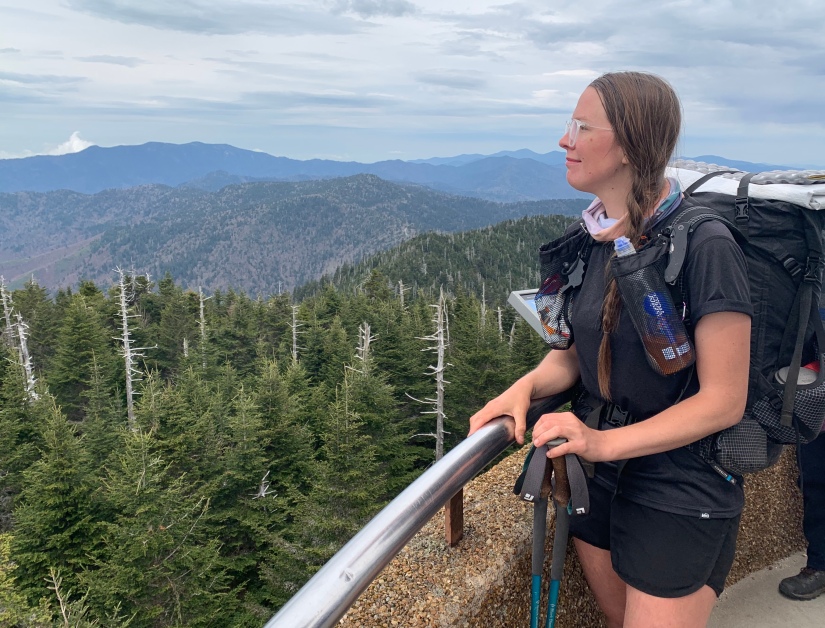 There wasn’t a resident “mile 200” landmark there, so I quickly gathered some rocks and made one myself. We all put a foot in and BAM, instant mile marker photo. 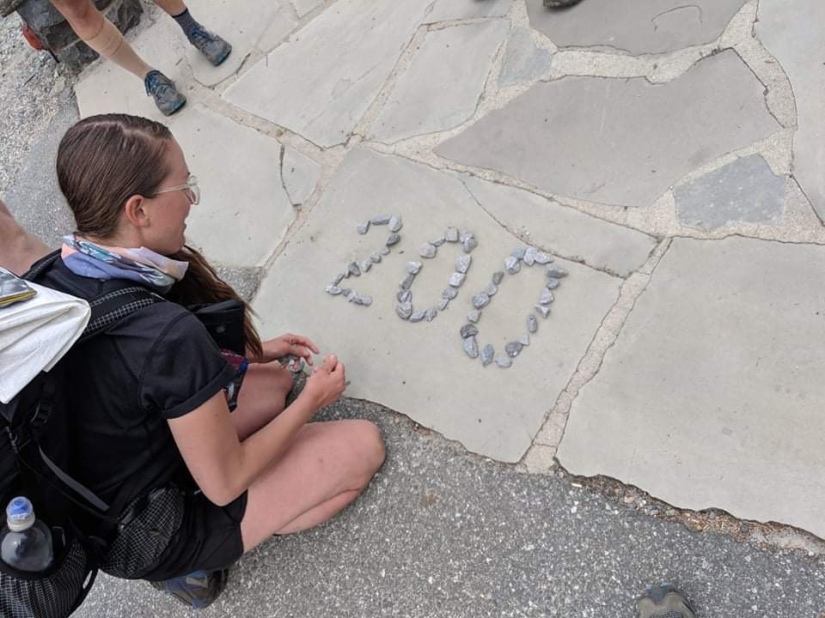 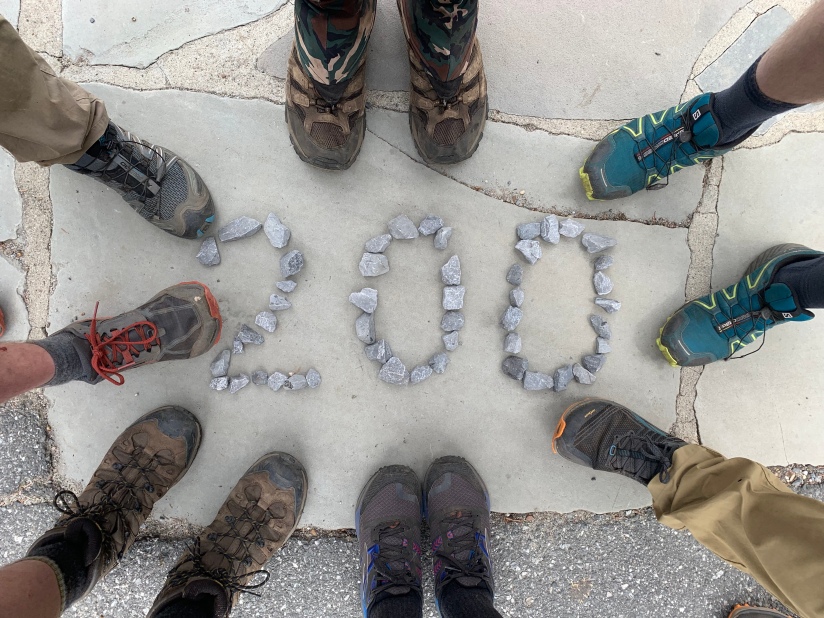 Every time I complete another 100 miles on the AT, my excitement grows. I’m sitting at mile 863.7 as I write this, about to enter Shenandoah National Park, eager to continue North and see what else the trail will bring.

If you're enjoying my content please consider supporting my journey!